Ellis Dingee began singing barbershop at the age of 14 in August 2012. They left Sea Belles to pursue a music degree and returned to Sea Belles in May 2022. In November they became our Musical Director.

Ellis Dingee is a classically trained Mezzo and voice teacher. They recently graduated from Wilfrid Laurier University with a Bachelor of Music in Vocal Performance, and returned to their hometown of Saint John, New Brunswick in May 2022.

Ellis has been involved with the music community in the greater Saint John area for over 17 years, having participated in the New Brunswick Competitive Music festival, as well as many ensembles including the Rothesay Kings Rotary Girls Choir, and the New Brunswick Youth Orchestra. They are very excited to be back in New Brunswick after 5 years away!

As an undergraduate student, Ellis participated in student teaching and leadership roles, as well as performing regularly in both solo and ensemble settings. During this time, they developed a strong academic interest in vocal pedagogy and choral music, which they are thrilled to bring into practice as the director of the SeaBelles Barbershop Chorus! 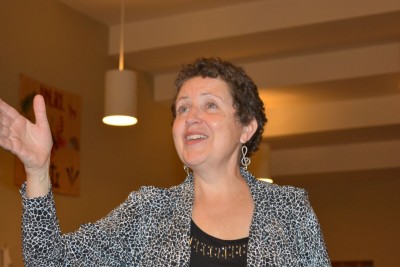 Janet Kidd is a singer, composer, choral director and published author.
She first started directing Sea Belles women’s Barbershop Chorus in 1993. What began as a six month fill in has expanded to twenty eight years of exciting music making, and intensive learning about the Barbershop style of musicianship and presentation.
After she graduated from Queen’s University with her BMus, Janet worked for a summer with Canadian composer R Murray Schafer, then sang for seven years with the Vancouver Chamber Choir
She has been directing singing ensembles for more than forty years, and now shares all her favourite Magic Choral Tricks on her blog:
http://betterchoirs.wordpress.com/
Since working with Sea Belles, Janet has developed a ‘Big Clean Sound’ choral workshop which she presents in different cities for the NB Choral Federation, and for individual choirs.
“It is wonderful to work with such an eager group of singers who are so willing to try whatever I suggest in our quest to make a song more thrilling. And they have followed right along with even the seemingly craziest things I’ve asked them to do. It’s been an honour to be allowed to lead this enthusiastic and very kind group of women.”

She also directs Men of Fundy men’s Barbershop chorus, Heartbeat! – the Dalhousie Medicine and UNBSJ choir, and is the music director at Hampton United Church. She also coaches an a cappella singing group – Northern Voice, who do all Canadian folk and pop music and for 6 weeks each year she rehearses and directs the 100 voice choir for the Tracy Friars ‘Celebrate’ benefit show at the Imperial. 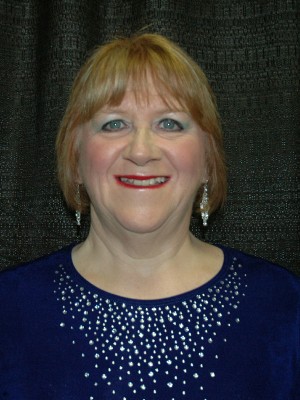 Marilyn Hickman, our Assistant Director, is originally from Springhill , Nova Scotia . She grew up singing and acting with her family and moved to Saint John in 1982. She was looking for a group to sing with and has been Barbershopping for 35 years, acting as Assistant Director for over 20 years.

She has taken on various jobs in the chorus including Lead Section Leader, Treasurer, Social, and Ways and Means. In March 2014, Marilyn’s contributions to the chorus were recognised by her Sea Belle sisters when she was presented the Barbershopper of Year Award.

Marilyn has sung in Quartets: A Notable Sound, won the area in 1989, Coastal Reflection, won novice award in 1995 and is now singing and competes with Nova Quattro.

This gal is fun and upbeat, and is a pleasure to sing for.